Isidore is a brave little duck who’s no chicken. When he glimpses a blue feather floating in the sky, he is fascinated and tries to grab it. But the feather keeps getting away. Caught up in chasing it, Isidore wanders further and further from home. He meets all sorts of creatures along the way, from a blue rabbit to a pink flamingo, until he finds himself at the edge of the forest. Could there be a wolf lurking there…?

Isidore’s story has its roots in the family fold, in the home – here, a nest full of brother and sister ducklings. In the beginning, this home is his whole world. The adventure starts when he steps out of the nest. The feather, in choosing Isidore, distinguishes him from the others and wakes his personality. In this story, the feather represents the object of one’s heart’s desire: the pursuit of a dream, the beauty of the quest and the loyalty to one’s childhood fantasies.

Mimicking the turning pages of a book, the play is made up of episodes like so many pictures, with each introducing a new place, a new character, a new situation and a new emotion. After going around the sails of a windmill as if on a carousel, Isidore goes on a trip around his world that brings him through the four elements: the fields, the river and the rain, the air (only the wind’s breath or is it something else?) and even a blazing heat like the inside of an oven…

The characters speak in their own personal gibberish, allowing the puppets to express something more visual and universal. But the puppeteer is also storyteller, bringing language to the forefront in a narrative that is simply and intelligently expressed. The words of the story evoke images alternating with the pictures made by the puppets, with neither repeating or explaining the other. The places visited and their different surroundings are suggested simply. A piece of cloth, a prop, a few sounds are enough to create the scene of each new encounter.

Play performed in French or Italian

This play was created in residency at the Théâtre de l’Abbaye (Saint-Maur-des-Fossés, 94) 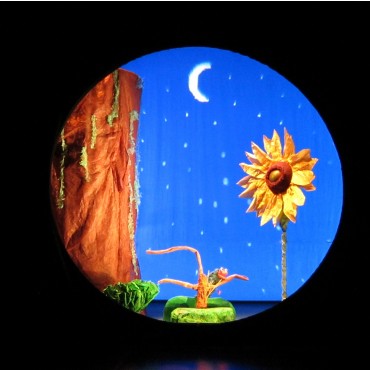 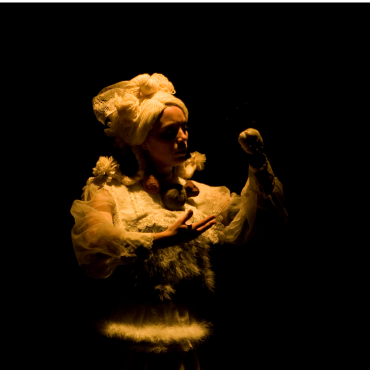